The late artist Wanda Ewing’s work ranged from traditional print media to painting, sculpture, and fiber arts, and was influenced by folk-art aesthetics and the depiction—and lack thereof—of African-American women in popular culture and the canon of art history. Throughout her career, she represented the connections between autobiography, community, and history, often with a biting, comical edge.

Wanda was a printmaker, painter, collage and multimedia artist and latch hook maven. Inspired by images found in popular culture, her work addressed social issues using humor as a starting point. As a viewer you will always be surprised (maybe even shocked) into looking inward and evaluating—then perhaps re-evaluating—your opinions about race, female beauty standards, sexuality and identity.

Wanda passed away on Dec.8, 2013 at the age of 43, due to complications from chemotherapy. 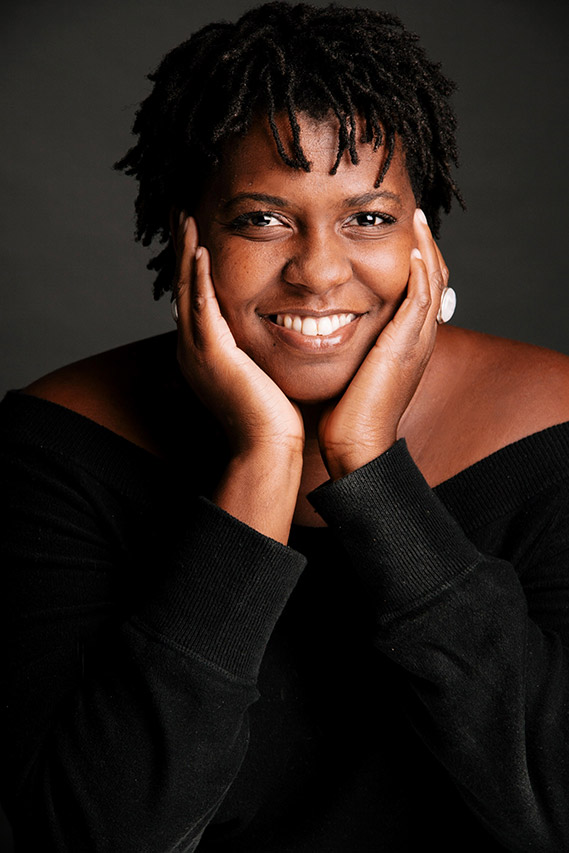 The word “provocative” never stopped Wanda. In fact, this quality helped her to shake up Omaha’s local art scene and paved the way for other female artists to find their voice.

The Wanda Ewing Memorial Scholarship was established after her passing to be awarded to underrepresented students interested in pursuing a degree in art.

Please donate to help students become professional artists and fill the world with their unique point of view.