One Way or Another

I mostly grew up in Omaha—I went to high school and college there after moving with my family from Detroit in 1984—and it eludes me how Wanda Ewing and I never crossed paths during those years. We were both weirdo art kids in mostly preppy high schools, probably went to all the same art openings and concerts, but didn’t meet until over a decade later, after I’d made a scene at the 2003 College Art Association annual conference.

In an otherwise fantastic session on the history of the New York Feminist Art Institute, during the q-and-a afterward a series of women stood up, one after the other, to ask of the panelists and audience: “Where are the young feminists?!” I kept my mouth shut until the woman sitting, literally, right next to me stood up to rephrase the question. I stood up to answer her: “We are RIGHT HERE. LITERALLY RIGHT NEXT TO YOU.” After this, the room erupted in productive pandemonium, as many younger women followed suit, instigating a raucous dialogue on intergenerational feminist art that was highly unusual for the normally button-down sessions of the CAA.

Wanda was one of the younger women in the room that day and returned to Omaha after the conference to tell her friend (future founder/director of The Union for Contemporary Art and—in a six-degrees-of-separation moment—my best girlfriend growing up in Detroit) Brigitte McQueen about this exchange. Brigitte—having heard about it already from me—said: That’s Maria! And, she’s publishing a book on feminism and pin-ups! Wanda had just started her Black as Pitch, Hot as Hell series of pin-up paintings, and I included this pin-up from Black as Pitch, Hot as Hell [Figure 1] in what became Pin-Up Grrrls: Feminism, Sexuality, Popular Culture, framing it as exemplary of Wanda’s bigger project of “insinuat[ing] a black, feminist beauty into the lily-white repertoire of pop-cultural imagery.” 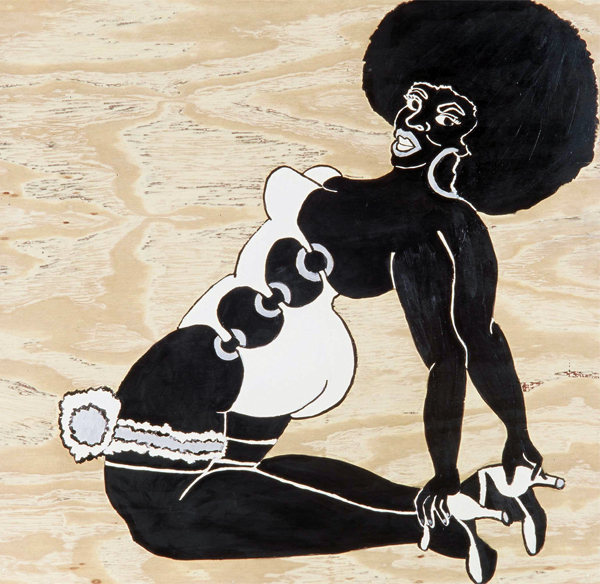 Over the next decade-plus, Wanda would take this goal and shapeshift it into ever-more-exciting and sophisticated work, referencing her vast, deep ocean of influences. [Figure 2] Looking back at her own blog posts here and seeing everything from Orlan to El Anatsui, Meret Oppenheim to Ricky Swallow, hoof shoes to a polka-dotted “Damien Hirst penis” given time and thoughtful commentary reminds me of her openness, curiosity, and willingness to take everything in, even when—maybe especially when—it was not made with an artist or a woman like her at all in mind. 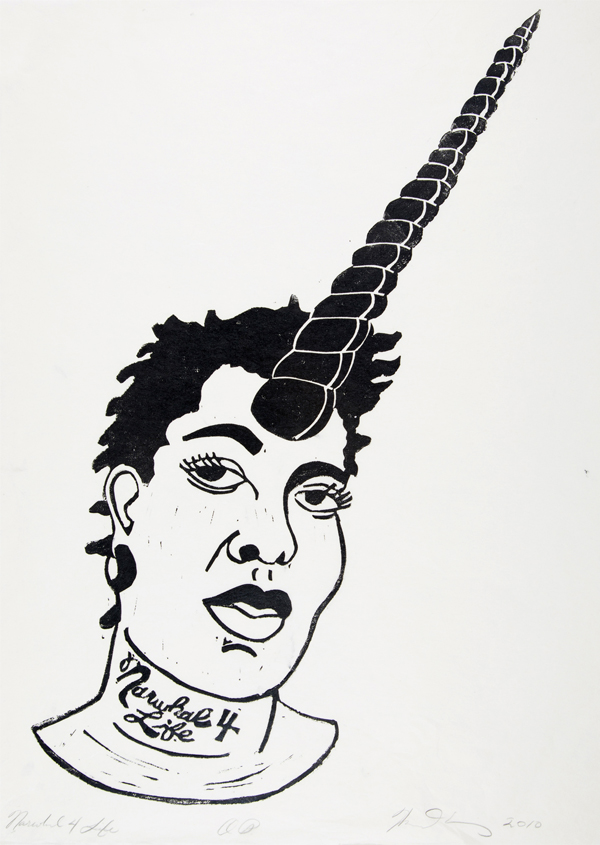 It brings to mind a hilarious exchange she had at one of our old haunts from when I was living in Kansas City, the strip-mall karaoke bar The Red Balloon, during which a drunken white woman wobbled up to Wanda and shrieked “ARE YOU GONNA SING ARETHA?!” At which point Wanda calmly turned to her, cocked her head, and replied: “No. Blondie.” And then proceeded to bring the house down with a version of “One Way or Another.” Wanda was going to make damned sure that the world knew that Debbie Harry (and The Cocteau Twins and Gil Gilberto and Ultravox) was as much “hers” as Aretha, just as her art claimed Caravaggio [Figure 3] (and Frida Kahlo and George Petty) as much as Elizabeth Catlett. While she lived, worked, and was fiercely proud of her roots in Omaha, she also exhibited and enjoyed residencies around the world, was published in scholarly books by blue-chip presses and featured in The Paris Review. For all these reasons, I feel like—even as she was taken from the world far too soon—the span of her interests was returned by interest in her work that spanned the globe. 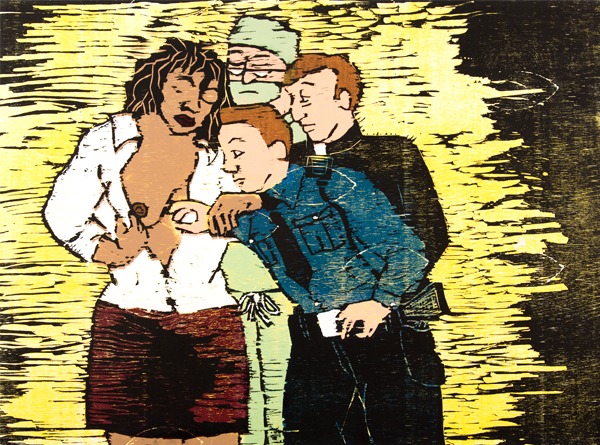