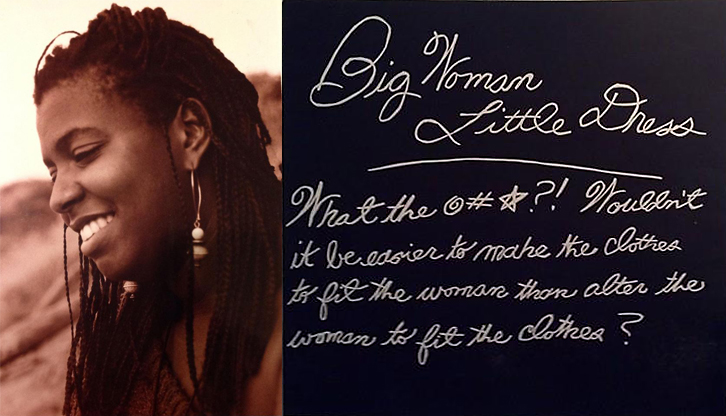 Where do you start to talk about a woman who has had such a significant impact on your life both personally as well as professionally? What can I say about Wanda that hasn’t been said? I don’t know but I am going to try.

I remember the beginning and the end so vividly.

Wanda and I met at her show at the Darkroom Gallery in the Old Market back in the early 2000’s. I remember it being sunny and walking into the gallery which was full of people talking, laughing and drinking. Wanda’s prints were so large and filled the space with color, texture and the female form. I hadn’t seen any work like hers before. I remember the dress prints which took on the shapes of women who would be wearing them, without the woman in them. I remember the shoe prints and how they were shaped on the paper. I remember confronting sexual scenes and being a little uncomfortable and thinking about why I felt that way.

I had no idea who the artist was, but I was so intrigued and in awe of the work that I knew I needed to meet the person who created them.

One of the many, many things that captivated me about Wanda’s work was her interpretation of the world through the female form, the black female body to be specific. She took on issues of race, sexuality, and the standards of beauty and identity through the lens and perspective of a woman of color living and working in the very white and conservative Midwest.

I remember our discussions about this topic as she was going through the tenure process to become the first person of color to be hired full time and tenured in the Department of Art and Art History at the University of Nebraska at Omaha. She never had any representation in school and very little in college; some women, but mostly white men, so she knew being a black female professor would hopefully start a change at UNO and in the community. I remember her calls at the start of each semester that followed her making tenure, excited that there were black and brown students in her classes and LGBTQ students as well.

She didn’t always like being the “first person of color” in many areas of her professional life, but she knew nothing was going to change if she didn’t keep pushing through it. She understood that she needed to step up and be the artist for others that she never had when she was growing up. She was really proud to be and see the change happening.

I will never forget her memorial service. There were so many people that they opened an overflow room. I was so sad, but somehow also filled with such joy at the stories everyone shared about their own Wanda moments. I had no idea she had connected with and impacted so many lives. It was incredible to meet everyone. I remember we had made her a mixed tape of her favorite songs and played it throughout the service, and I know she would have been chair dancing too. I left the funeral home with a smile and I never thought in a thousand years that would have been possible. But it happened.

I think about what she would say about the state of the world today and what provocative art she would be creating in response. I can only imagine and that makes me smile.

Still so many moments, experiences and thoughts about my friend, but I’ll stop and end it the way she ended most all our communications.